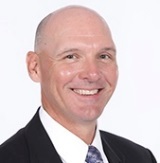 John has been a member of the PGA of America since 1992.  Originally from Paris, Texas where he attended Paris High School.  During his high school career, John was a member of three state championship golf teams.   He received a golf scholarship to Texas A&M University where he was a two-year letterman on the golf team.  Upon graduating from Texas A&M with a B.S. in Physical Education, John began his professional golf career at the Four Seasons Resort and Club in Las Colinas – Home of the PGA Tour’s Byron Nelson Classic.

John spent six years at the Four Seasons and achieved his PGA Membership during his tenure there.  He then spent two years on the staff at Stonebridge Country Club in McKinney, Texas before accepting his first Head Professional job at Pecan Grove Plantation Country Club in Richmond, Texas.  He then moved to the newly opened Houstonian Golf Club, where he worked under prominent golf professionals Paul Marchand, John Kennedy, and Dick Harmon.  John has directed the golf operations at Wildcat Golf Club in Houston, Hollytree Country Club in Tyler, and most recently, Traditions Club in Bryan.  John brings over 30 years of experience in teaching and operations to the Golf Club at Texas A&M.  “As an Aggie, this is home!  And I’m super excited to be here!  Gig ’em!”

To schedule a lesson, please contact the Golf Shop at (979) 845-1723, or email John at john@thegolfclubtamu.com 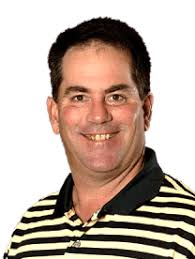 After turning 50, Thelen won the European Senior Tour qualifying school in 2010. He finished 24th on the Tour’s Order of Merit in 2011 and won his first Tour event at the 2012 Berenberg Bank Masters in Germany. He won his second event the following week at the Bad Ragaz PGA Seniors Open. He would win his third event on the tour later in the season, when he took the Fubon Senior Open in November. Thelen would win his fourth event on the European Senior Tour in September 2014, when he won the Senior Open de Portugal.

To schedule a lesson, please contact the Golf Shop at (979) 845-1723, or email Chris at chris@thegolfclubtamu.com